This page is dedicated to original work, by yours truly, very much in flux. It's a way for me to share my writing process and hopefully get some feedback. I will try to update as often as possible. 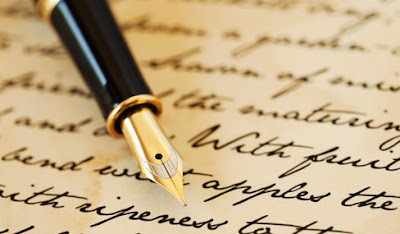 The cattails dipped in the gusty, wet morning just enough for George Ballard to get a glimpse of the errant water fowl he’d been searching for. That particular specimen, the Sandhill crane, was not indigenous to the Northeast. They made their home in the American plains, in states like Nebraska where they nested near the Platte River. So that was why, when his fellow bird watcher, Dunley Greene, breathlessly reported the multiple sightings of the wandering crane in the the Hudson Valley, George promptly canceled his golf plans and set his phone to wake him extra early Saturday morning.

He’d just caught a flash of the tell-tale red patch between the crown and bill that distinguished the Sandhill from other cranes. His camera was mounted and ready to go, it sported a powerful 600mm lens that George was proud of. This hobby was not for the faint of heart, he’d told his colleagues at Milner Advertising. The lens alone cost him $1200.00, but he’d already captured some great wildlife shots, mostly birds of prey, out in the suburbs of New York City. Now he placed his eye to the viewer once more and waited for the lost flier to show itself.

These morning outings up in the country were a nice respite for George, a welcome escape from the busy clang and clatter of the city. He made his home in a three bedroom apartment up in the west 60s, a block or so from the park. “Coveted real estate” his agent had said, she’d actually used that word: “coveted”, as if he was about to commit a sin by signing the lease. His wife, Hannah, had always said: We deserve it, we both worked hard to get where we are, never feel guilty about spending a little of the spoils on the ones you love; and wasn’t she right? So he’d splurged a bit and it was a good move, good for him, good for Hannah and their son Wayne. They seemed to thrive in the city, in all its traffic disquiet and chemical fetor.

Where did that bird disappear to? It was in the tall grass somewhere, but now the wind had died and he lost sight of the thing. George, growing more impatient as the rain picked up, grabbed his camera and began to circle around slowly, ever so slowly as not to frighten his precious subject. He’d slipped on his gaiters anticipating the need to wade in a bit, though that was for him only a final resort. So he eased around the perimeter of the marshy waters for a different angle.

George worked in Creative Services, he was constantly using his experience to work up ideas for any given account. When he’d heard of the lost bird, he’d had an idea for the Hyundai account, maybe a print, or web ad: Let yourself go in a Santa Fe. Well it could use some work, but he wanted to use the idea of a lost, no not lost, free, a free bird. OK it was a tad cliche, but maybe they could license the Skynyrd song for a TV spot. See he was always thinking.

As he crept along the marsh he spotted a beaver swimming, poking its snout just above the water. When the slick rodent saw George, it quickly dove back under in a panic. He could make out the plaintive call of a catbird from the wooded area behind him, and now as the wind shifted, a sweet odor reached his nostrils: something dead, perhaps a rat. He scanned the sky for sharp-shinned or red-tail hawks, but could only identify a couple of turkey vultures hovering. They smell it too, he thought.

Still he kept his eyes on the marsh, walking as silently as possible, tracking. Be an Indian, his father would say. That wouldn’t cut it nowadays, with the PC police monitoring one’s every phrase. He wouldn’t repeat that one to Wayne lest it get back to a teacher or something. But he would always aspire to the level of stealth of that mythical Native American hunter. And finally as he moved far enough around the western end of the marsh,to the point beyond which the cattails and high grasses blocked his view, he saw the Sandhill crane again. It was dipping its beak, feeding on something in the water.