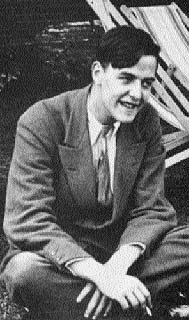 I'm currently reading this book, Henry Green's first novel published in 1929 about foundry workers in fin-de-siecle England. It a modernist work, probably way ahead of its time. John Updike has cited Green as one of his major influences. It is written in the Birmingham dialect and oddly Green often omits articles (the, a, etc...) from the manuscript; allegedly to affect an Arabian mode of speech. Living has been called one of Green's more "difficult" books, but one quickly adapts to his modernist technique. His style, one in which the author has virtually disappeared, has the effect of bonding the reader directly to the characters.As Sebastian Faulks writes of Green in his introduction the newly released Living, Loving, Party Going anthology, "You somehow had the impression that you knew his characters better than he himself did."
Search Amazon.com Books for Henry Green