A Passion in the Desert: Commentary on Gods Without Men 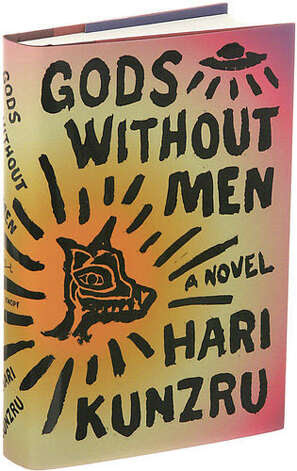 Hari Kunzru's new novel, Gods Without Men, borrows its title from an 1830 Honore De Balzac story, part of his masterwork, La Comedie Humaine. In the story Une passion dans le désert, the narrator relates the curious tale of an old French soldier, an amputee, to a woman who is dubious of the nature of wild beasts. It is a tale of the soldier's experience in the desert: While serving in the French army during Napoleon's Egyptian campaign he is captured by Arabs. But, stealthily, he manages to escape into the Western Desert on horseback. When the horse finally collapses, he is lost in the vastness of the watelands.

After finding a nearby oasis with a small den to rest in, he is initially horrified to discover he is not alone, a female panther lies between him and the den's exit. Armed with a stolen scimitar, he thinks to kill the beast, though his bravery is fleeting; the savage cat will get the better of him he thinks, best to simply slink on past, let bygones be bygones. But as he tries to slip by the feline, he sees that she is satiated, blood rings her maw, and of a friendly sort. He instinctively pets her head like one would a common tabby. Subsequently, the soldier befriends the beast - albeit with caution, the dagger at hand - of whom, after many days of companionship, just the two of them in the desert, he comes to regard as something akin to a lover. One day, an eagle alights nearby, and as the soldier moves to admire the bird of prey, he senses a strong aspect of jealousy oozing from the growling panther. He reassures her with a caress and a meaningful gaze passes between them. As they search each other, the soldier realizes the panther has a soul.


When the woman finally asks how it all ended, the narrator says, "Ah, well! you see, they ended as all great passions do end--by a misunderstanding. For some reason one suspects the other of treason; they don't come to an explanation through pride, and quarrel and part from sheer obstinacy." He then relates how by some miscue, the panther becomes enraged, whirls around on the soldier grasping his leg with her teeth, not a bite but a hold, The soldier fearing she would then devour him, plunges the scimitar through her neck. As the panther dies she's looks into the soldier's eyes, not with anger, but with a kind of regret, and the soldier feels as he's murdered a human. At the end of the tale, the narrator relates how when asked about the influence of the desert on his experience, the old soldier had replied, "'Oh! that can't be described, young man. Besides, I am not always regretting my palm trees and my panther. I should have to be very melancholy for that. In the desert, you see, there is everything and nothing.'" And when asked to explain further, the soldier said "with an impatient gesture, 'it is God without mankind.'". Thus Kunzru's, if pantheistic, title.

Gods Without Men in many ways espouses the same basic theme as Balzac's story: exploring one's soul through isolation, communing with the natural world whether by choice or by chance, forces one to, by, among other means, facing one's fears, draw closer to higher power(s) (the plural Gods of Kunzru's title), The author sets his multilayered tale in the Mojave instead of Egypt's Western Desert and scatters it through centuries of time and light years of space. In the main thread, a troubled couple of mixed ethnicity -- Jaz is a shorn Sikh, Lisa Jewish -- travel to the desert with their autistic son and manage to lose him while visiting Pinnacle Rocks, a cluster of three spire-like formations with, as we learn throughout, an otherworldly attraction. This extraterrestrial factor adds, one might say, another dimension to Gods..., providing the author with an entire history of the place, transforming it into the antagonist of this fable. Kunzru striates the novel with these telling episodes, time stamps of discovery for the denizens in the book as well as its readers, building to his own pinnacle: the epiphanies of the protagonists.

Gods Without Men is Hari Kunzru at the height of his powers. He reveals details of his main characters with  foreboding aplomb. Each of his characters are equally important to the tale, each contributing there own sacrifices to the altar of Pinnacle Rocks. Every chapter is written with the unique language of its own nature and time. In the time when the animals were men, for instance, about trickster, Coyote, is written in a laconic prose reminiscent of tribal lore:


"...Coyote was living in a certain place. 'Haikya! I have gotten tired of living here-aikya. I am going to go out into the desert and cook' With this Coyote took an RV and drove into the desert to set up a lab. He took along ten loaves of Wonder bread and fifty packets of ramen noodles. He took whiskey and enough pot to keep him going. He searched for a long time and found a good place. 'Here I will set up-aikya! There is so much room! There is no one to bother me here!'"

By blending modern day contrivances with the language of tribal myth, Kunzru renders the fable of Coyote timeless. In so doing he produces a timeless novel that nonetheless concerns itself with very precise moments in time. He has written a, by turns, surrealistic and hyper-realistic chronicle of the desert, a tale of mortal and immortal beings, a story of loss and discovery. With these divergent ingredients of paradox, Kunzru cooks his own batch of truth serum. He illustrates what Balzac knew about not just the barrenness of the desert, but of the universe in which we all exist: in it "...there is everything and nothing"; And put another way, without mankind, it's just God.